Crypto continues to be priced as a risk asset rather than an inflation hedge, so we need to continue to watch central bank activity closely to see when the banks, and in particular the FED, are likely to pivot and start easing interest rates. This point in time may well be the catalyst for the start of the next crypto bull run.

Unfortunately, November was a brutal month for the crypto market thanks to the massive FTX fraud. Whilst all cryptos were down heavily, Bitcoin faired better than most thanks to its perceived safe haven status within the crypto community. Amazingly the key perpetrator of this fraud, Sam Bankman-Fried, remains a free man and is celebrated by the media and political establishment for his fake altruism. 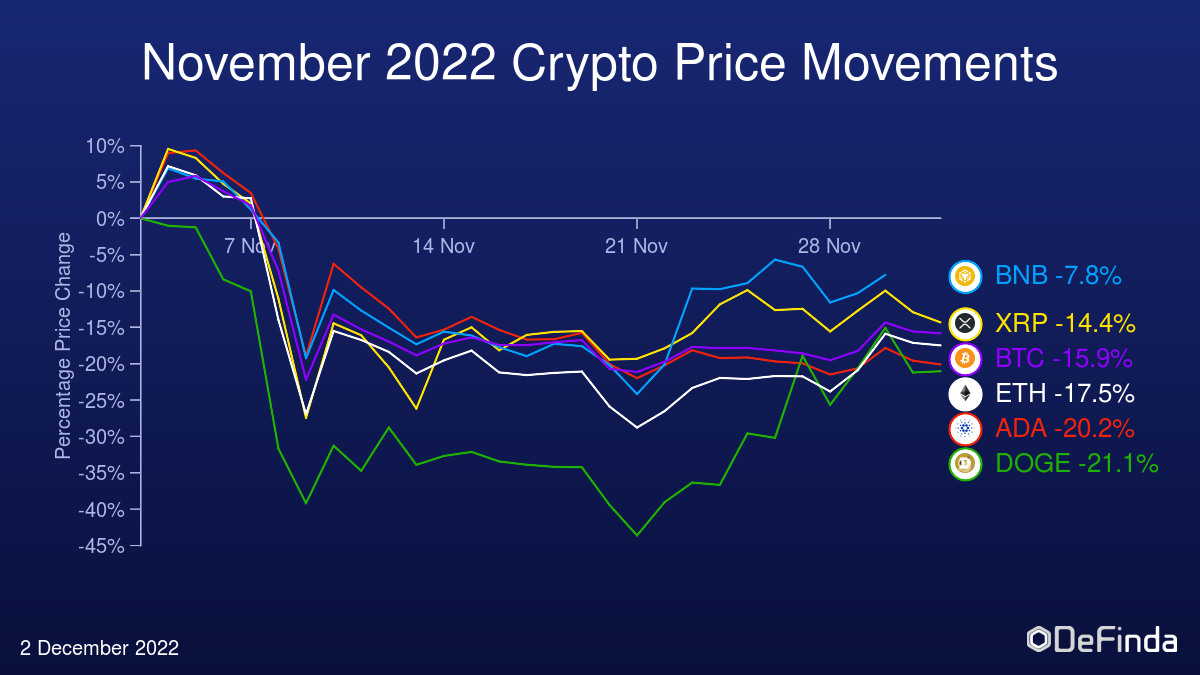 Trading volumes increased around 20% for USDT and BTC over the month, showing the flight of crypto back to these safe haven tokens. 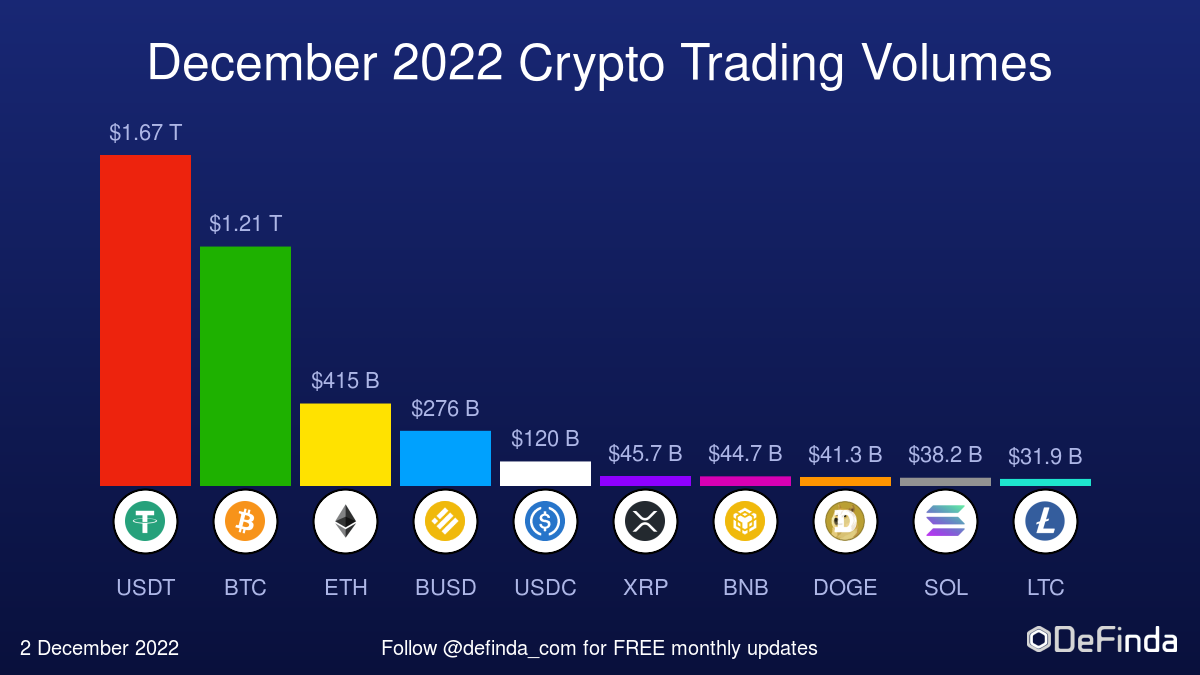 The FTX fraud has pushed crypto even lower over the course of November. Further contagion from the scandal is possible and this could have the potential to push prices even lower. However, the current price level represents a deep discount in many buyers' eyes and any further drop could be seen as an excellent buying opportunity. 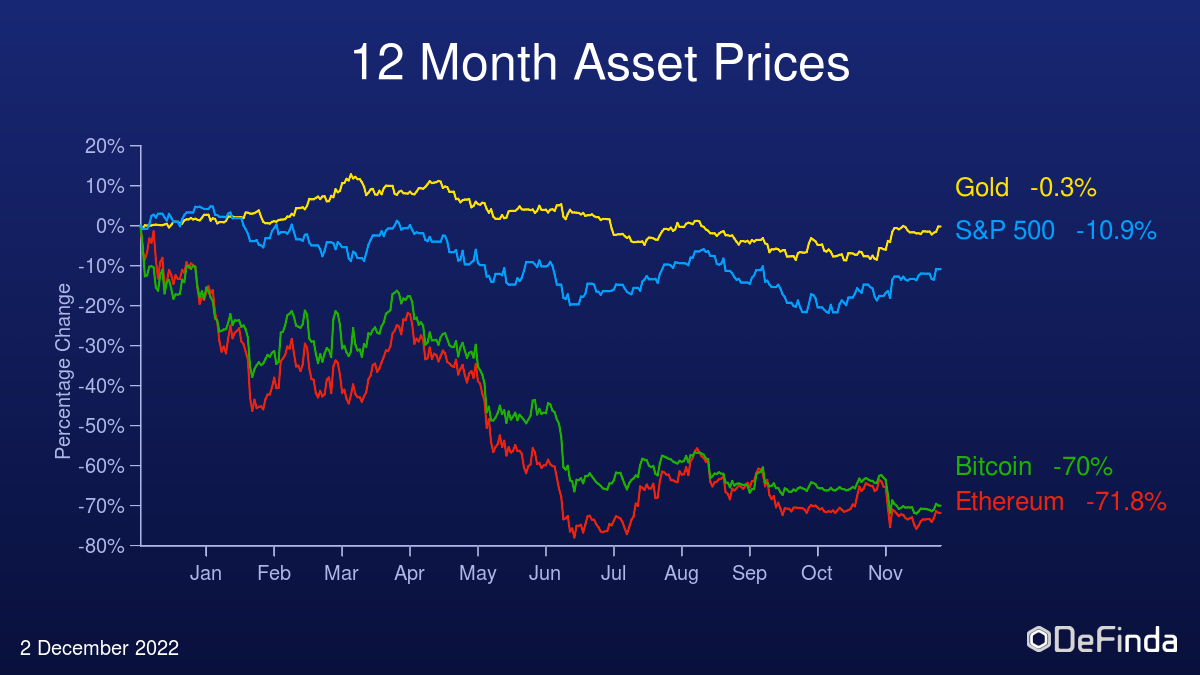 Inflation continues to rage upwards in many countries, especially in the Eurozone. The war in Ukraine continues to put inflationary pressure on European economies through increased energy costs. Despite claims in the mainstream media that the war can only end with regime change in Russia, the reality is that France and Germany are under increasing pressure to find a negotiated settlement.

The US, however, has managed to bring its headline rate of inflation down further over the course of the month, thanks mainly to massive government drawdowns on the country's strategic oil reserves. The US can't continue that policy indefinitely and will eventually need to replenish these reserves which could start to push inflation higher again. 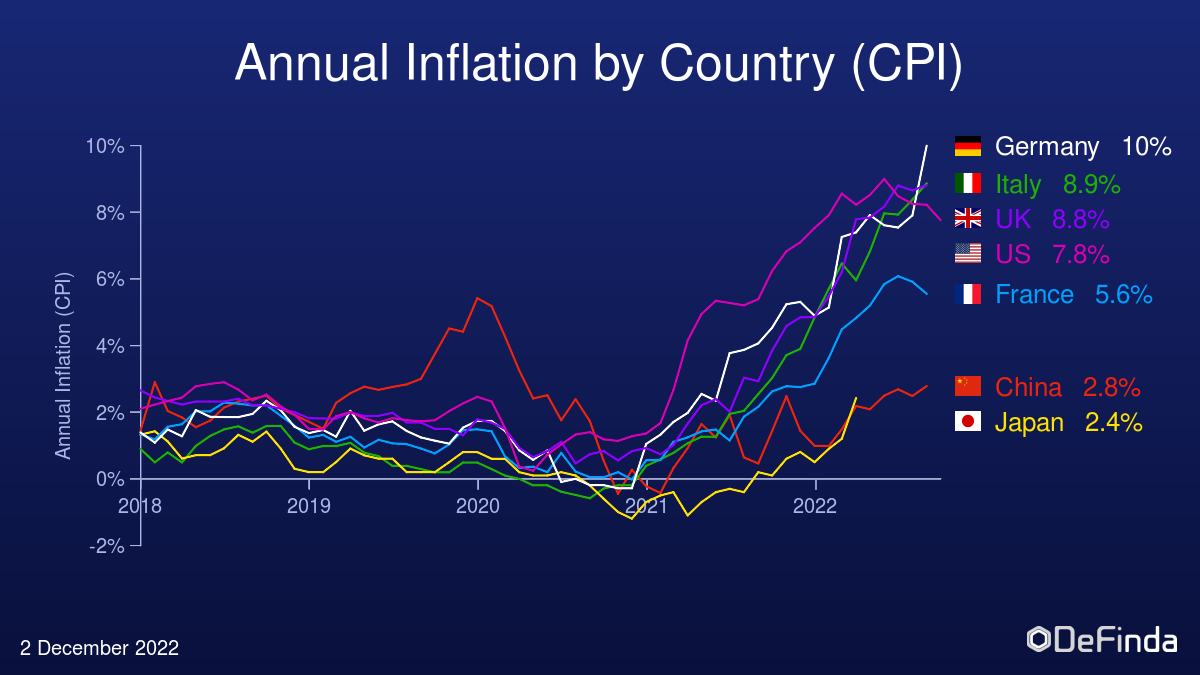 Central bank interest rates have increased again last month in the US, UK and the EU. The US now has the highest rates of the G7 countries, at 3.9%. Even at this elevated level, they are around half the current official rate of inflation in the US, meaning that real rates (interest rates minus inflation) remain negative. 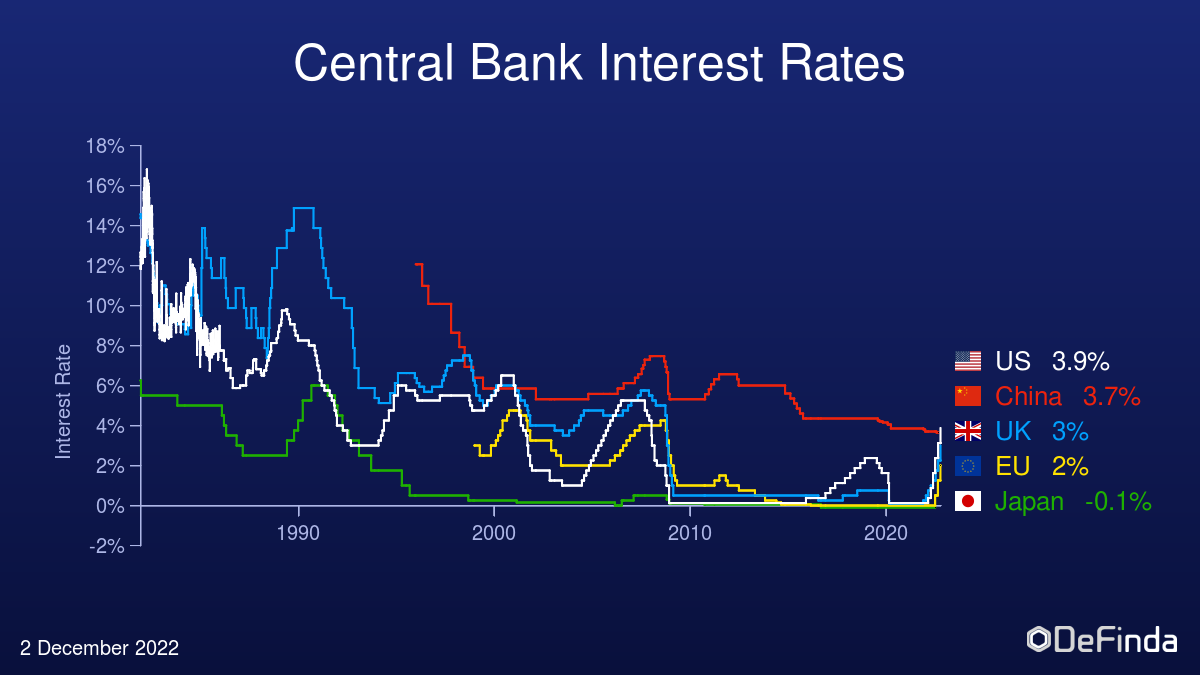 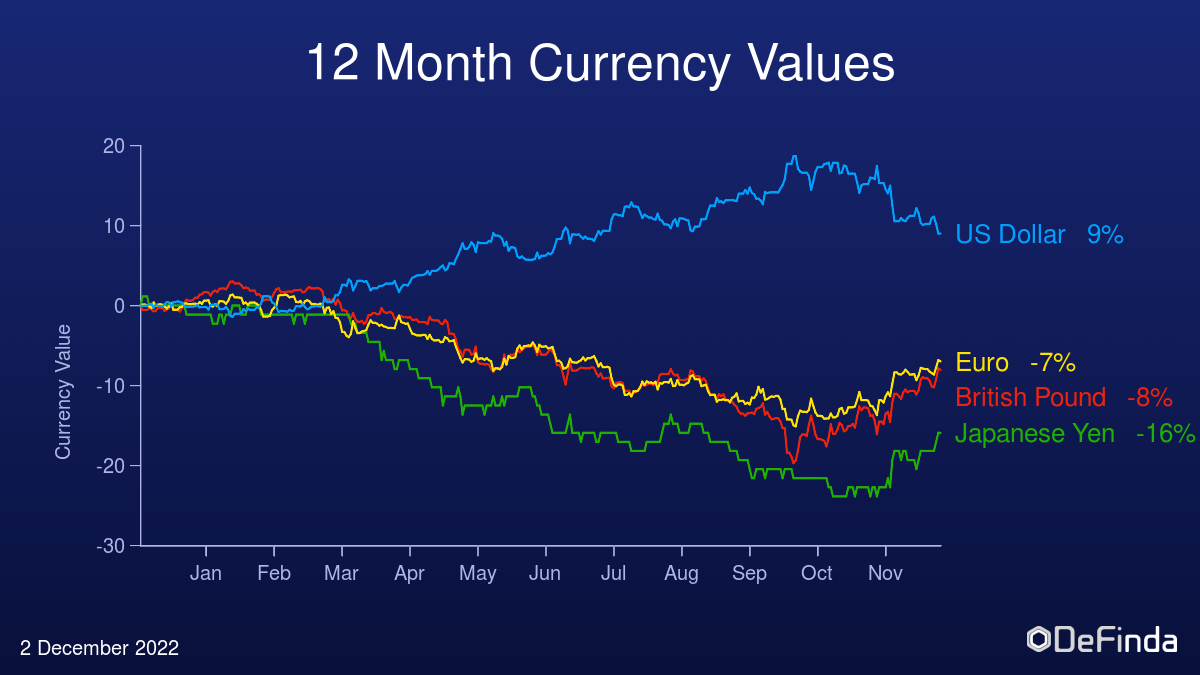 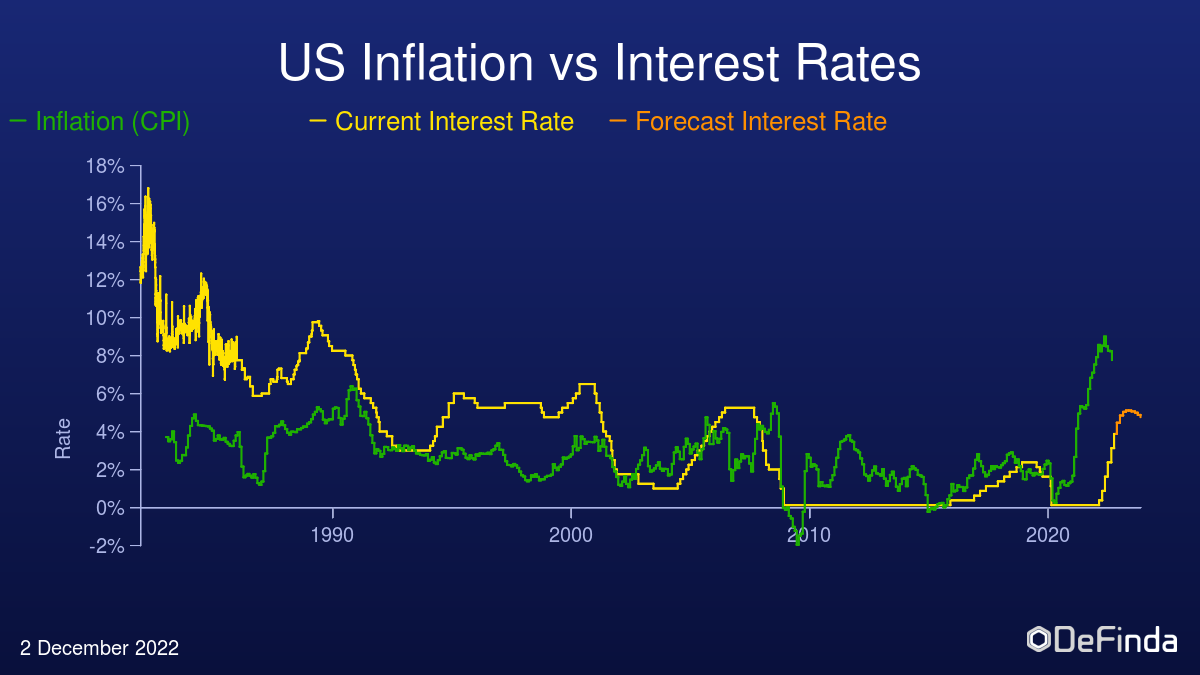 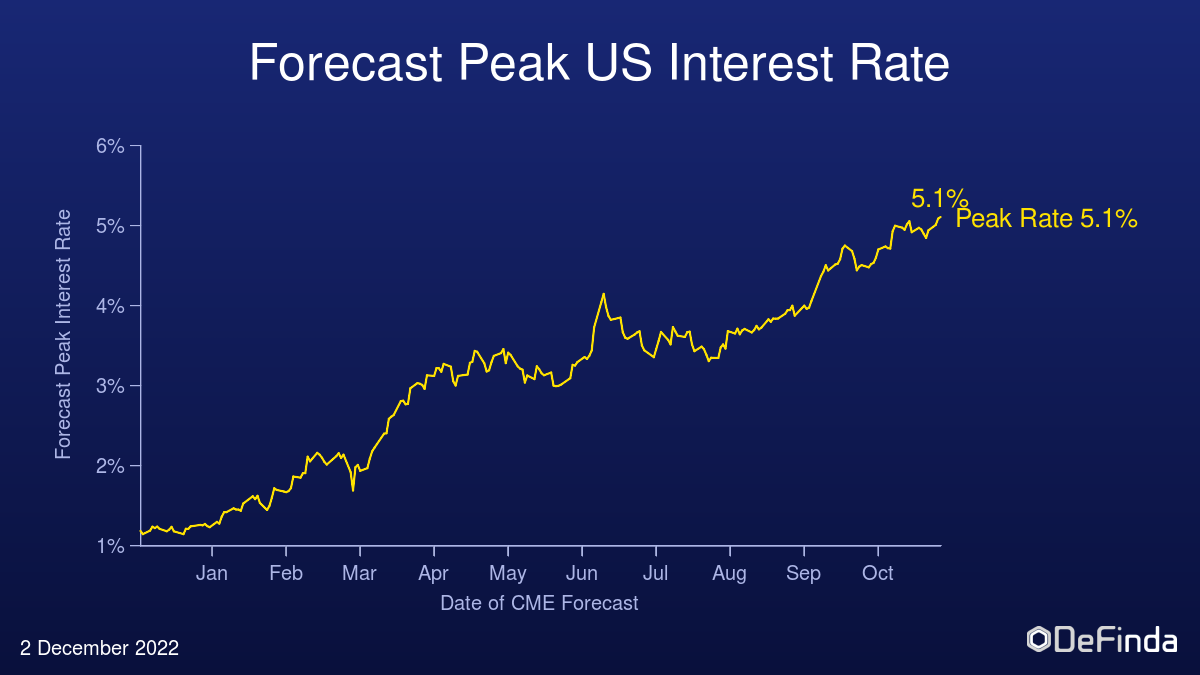 This peak is now anticipated to take place in approx 180 days, so early June 2023 according to the CME Group. 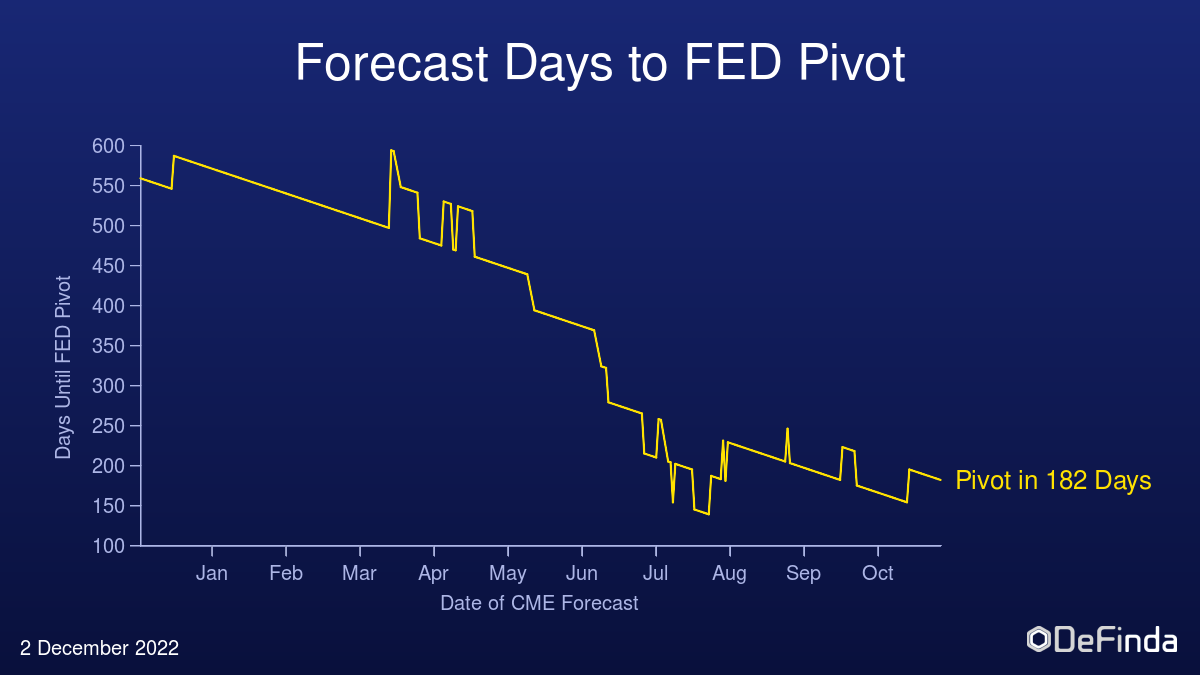 The FED has managed to take another $0.14T (1.5%) off its balance sheet in November. It remains to be seen how much further the FED can reduce the balance sheet given that a likely US recession will increase pressure on the FED to fund further government deficit spending. 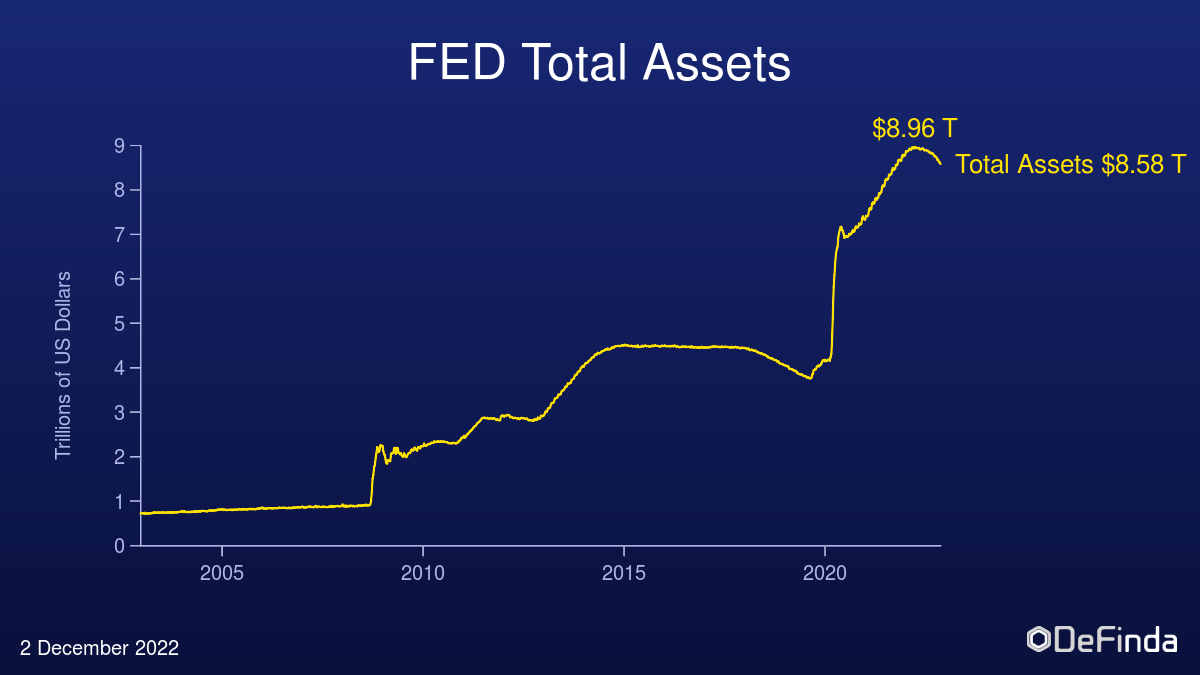 The FED has two mandates: to maintain price stability and to maximise employment. For this reason, all eyes are on the unemployment stats for the US. As things currently stand, unemployment remains stubbornly low, so we can expect the FED to continue to raise interest rates for now at least, until US corporations start firing people.

We can see in previous cycles that the unemployment rate doesn't start to increase until after the FED has started to ease rates as it is a lagging indicator. Given the current round of large redundancies in the tech sector, we can easily imagine that a spike in unemployment is already taking place and has just not found its way in to the official government figures yet. The FED will be aware of this lagging affect and may start to ease rates sooner, with this in mind. The recent speech by FED Chairman, Jerome Powell, suggested that the rate of interest rate hikes was going to start to reduce. 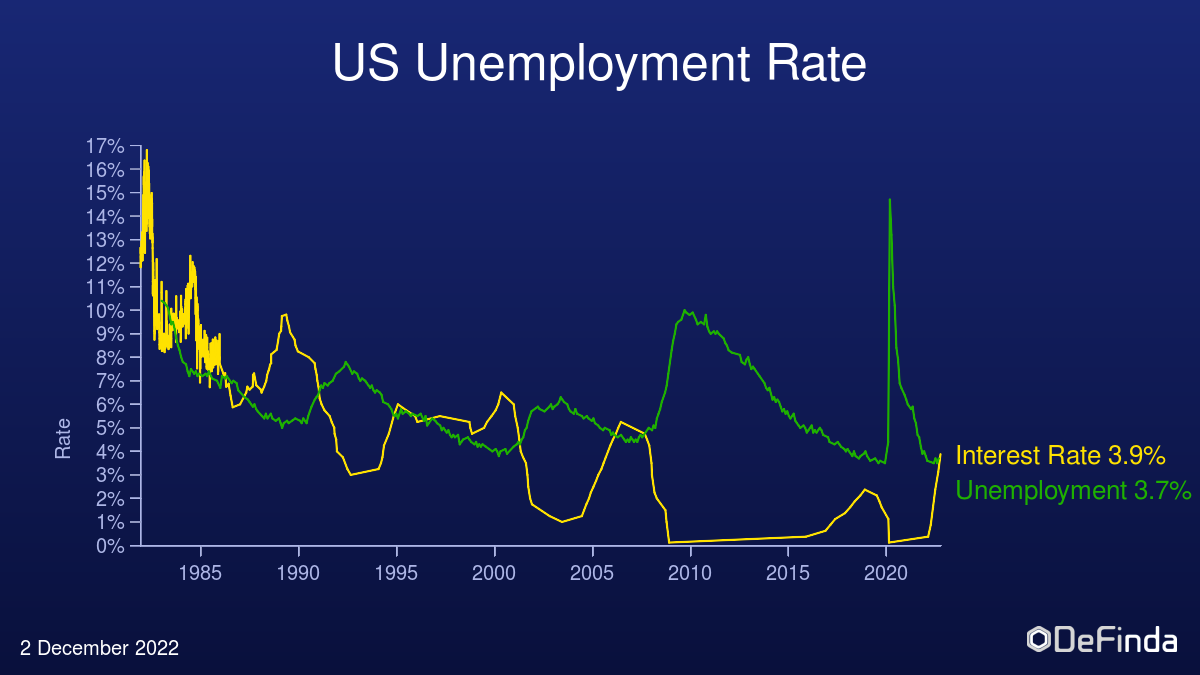 So where does crypto go from here? Unfortunately, it is unlikely that we have seen the end of the fallout from the FTX fraud. There remains serious potential for further major crypto players such as the Digital Currency Group to run into trouble due to FTX exposure. We may also see a severe regulatory crackdown in the US following the scandal. This could be good or bad for the crypto industry depending on your perspective.

The FED is starting to approach a ceiling on interest rate hikes. Further aggressive hikes will put serious pressure on government debt refinancing and may over-punish the economy in terms of job cuts. It is likely that we will see the FED start to ease the size of monthly rate hikes and get closer and closer to the point of pivoting into maintaining and then eventually cutting rates. A softening of FED policy is likely to be seen as bullish for crypto.

We are yet to see a major pullback in the US stock market. If one does occur, say due to an unexpected FTX-style black swan event then that could trigger further pullbacks in all asset prices including crypto.

It is worth keeping in mind that private equity funding continues to pour into crypto projects. The crypto industry continues to be perceived as the future by many investors. In addition, the established financial heavyweights continue to dip their toes into the crypto industry due to growing demand from their investors to offer exposure to the sector.

So when will the next crypto bull run start? Given the forecast FED pivot and the time for the FTX fallout to complete, it probably starts sometime around mid-2023. That assumes we don't have a major black swan event in the mainstream financial markets.