Bitcoin has been flatlining throughout December following the FTX fraud. It has continued to hover between 16,000 and 17,000 throughout the month. Meanwhile, the top 10 altcoins have continued to lose value mostly likely due to their perceived higher risk and a flight to safety back into Bitcoin and stablecoins. 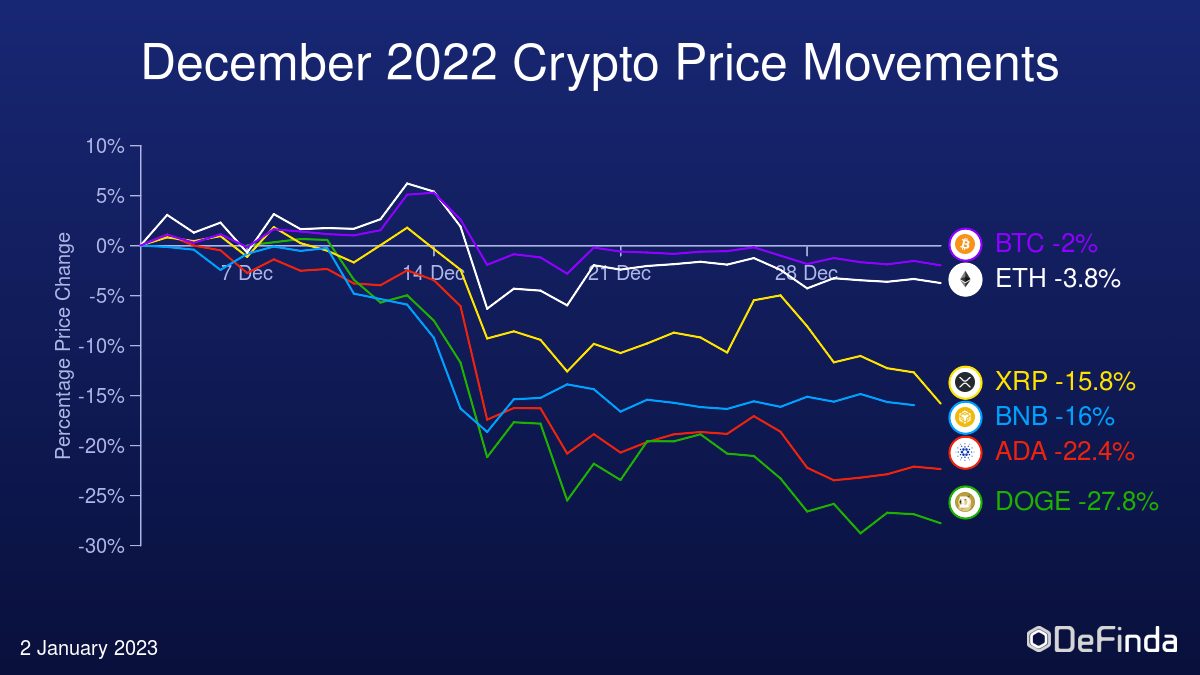 Bitcoin is down 64.8% on the year with Ethereum and other altcoins reporting similar or worse changes over the period. Bitcoin has been in a bear market for 418 days, making it the second longest bear market in crypto history. By 10 January 2023 this Bitcoin bear market will be the longest of all time, exceeding the 427 day bear market in 2014/2015. 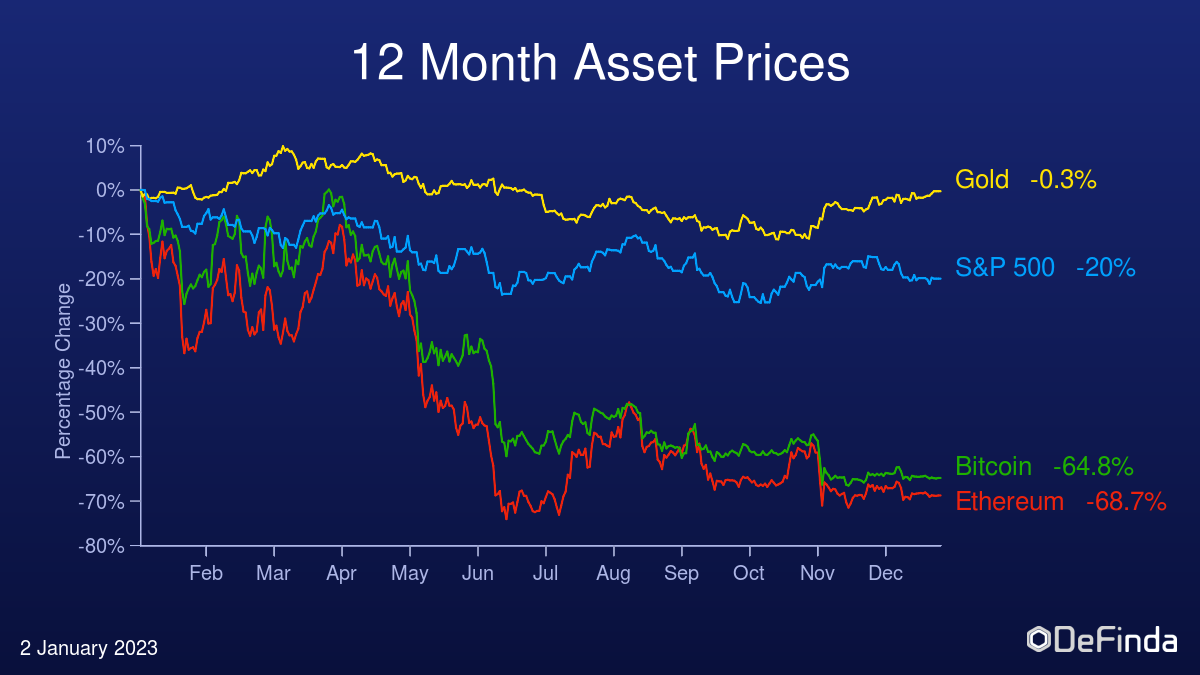 Official inflation figures for the US now seem to be firmly heading down. Meanwhile, the Eurozone rates continue to head higher across the board. True inflation figures are likely running at double these official rates. 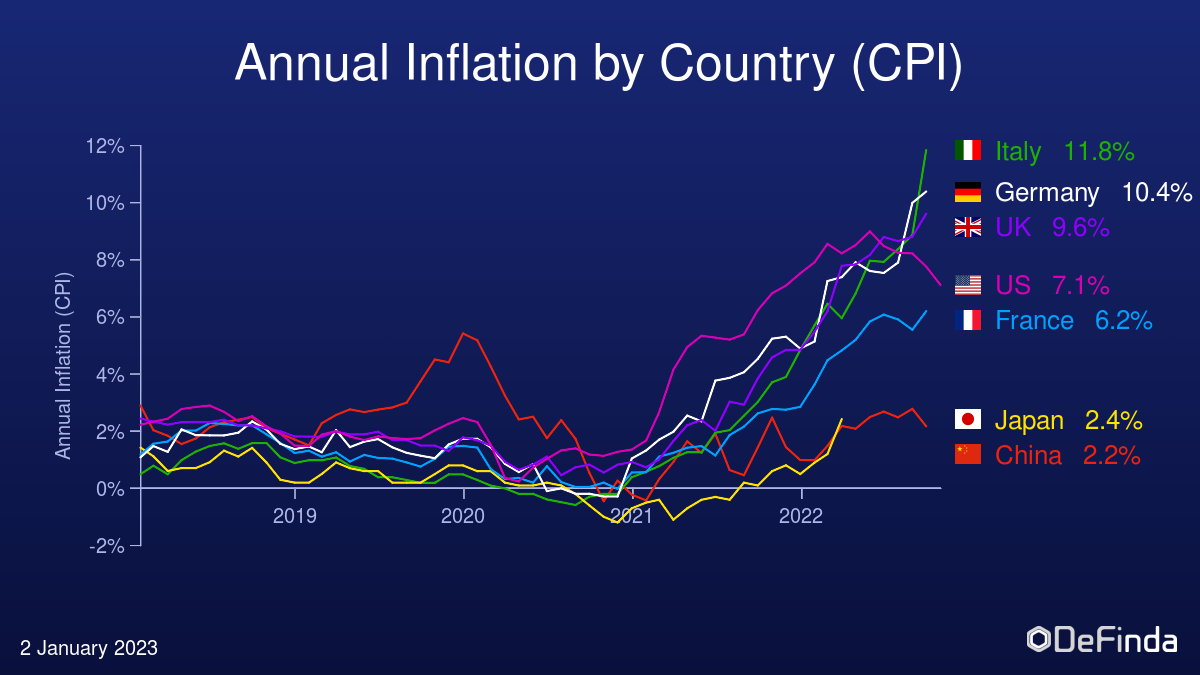 The US has continued to aggressively raise interest rates, with rates now at 3.9%. At this rate the interest due on the US $31T national debt when it is refinanced will be $1.2T per year. That's 25% of the entire tax revenue of the US being spent purely on debt interest. It is abundantly clear that this is not financially sustainable, especially given the further $1.7T of further spending that the US government has just signed off. 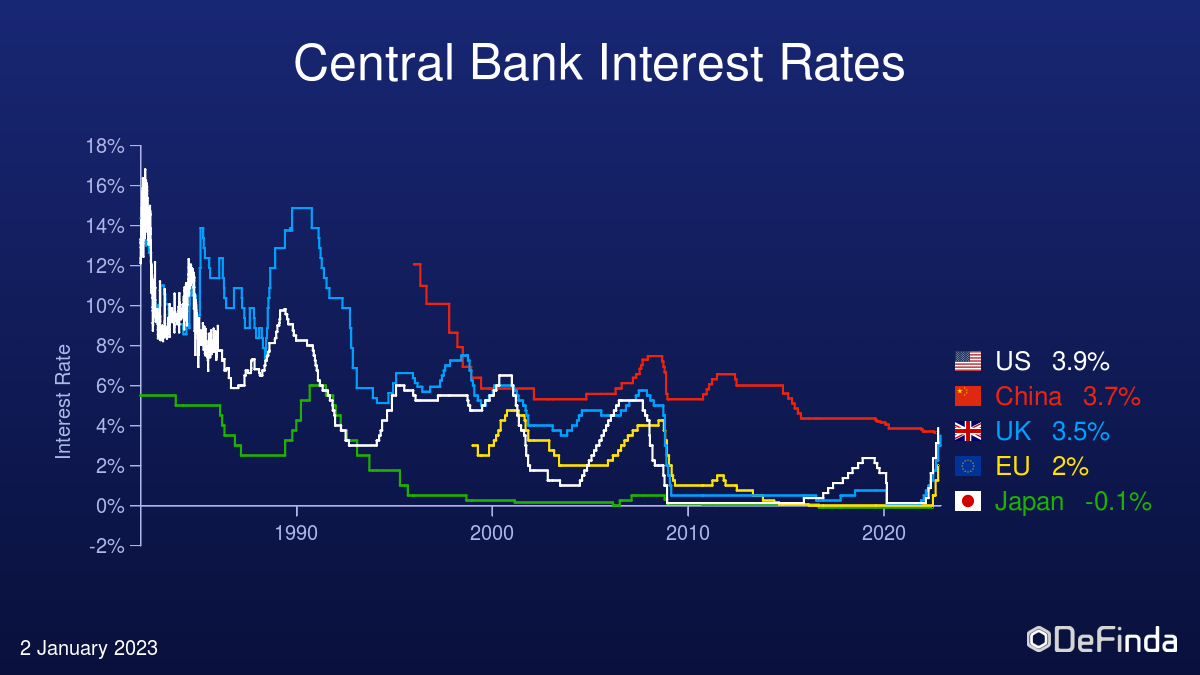 The value of the US Dollar has continued to drop over the last month, with corresponding increases in the value of the Euro. A weakening dollar will continue to add inflationary pressure to the US economy as import costs increase. 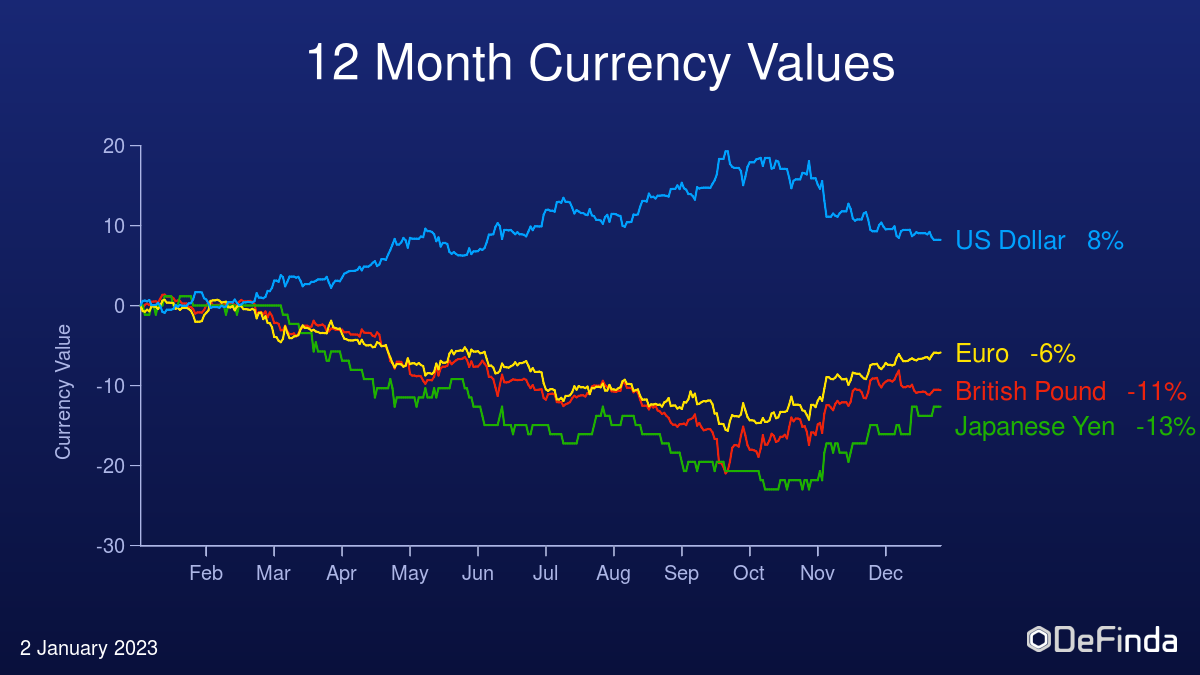 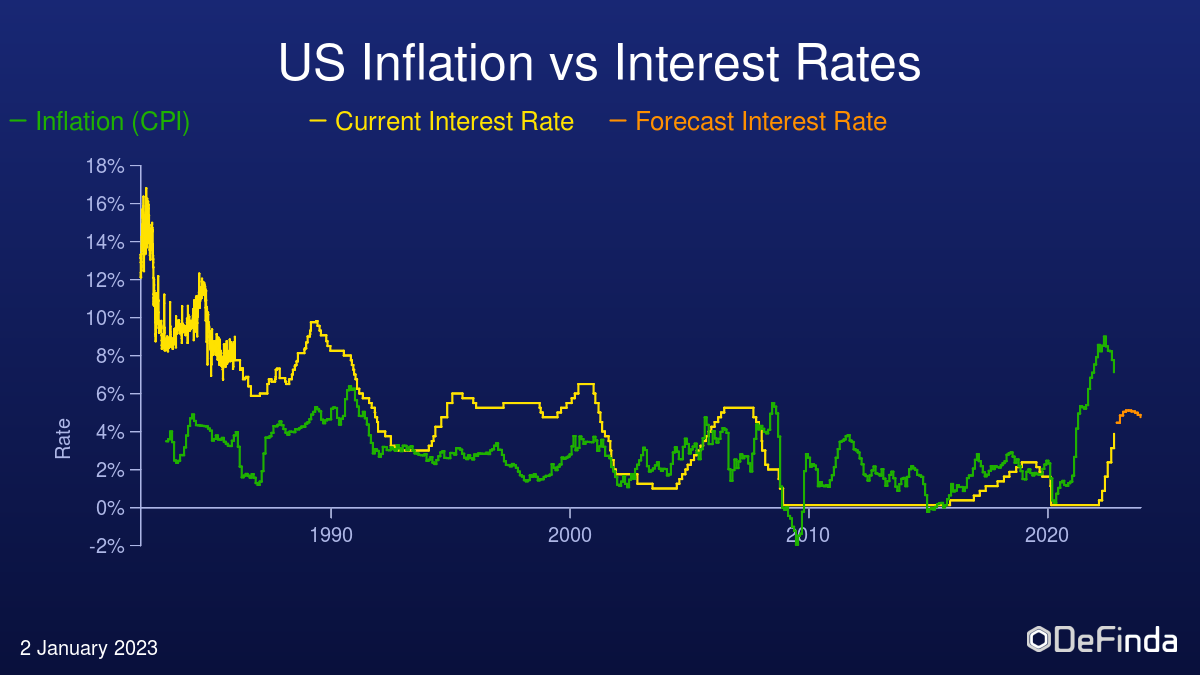 This forecast correlates closely with the CME Group forecast of interest rates peaking at 5.1%. The anticipated peak rate continues to increase every month so the final peak rate may well hit 5.5% or higher. 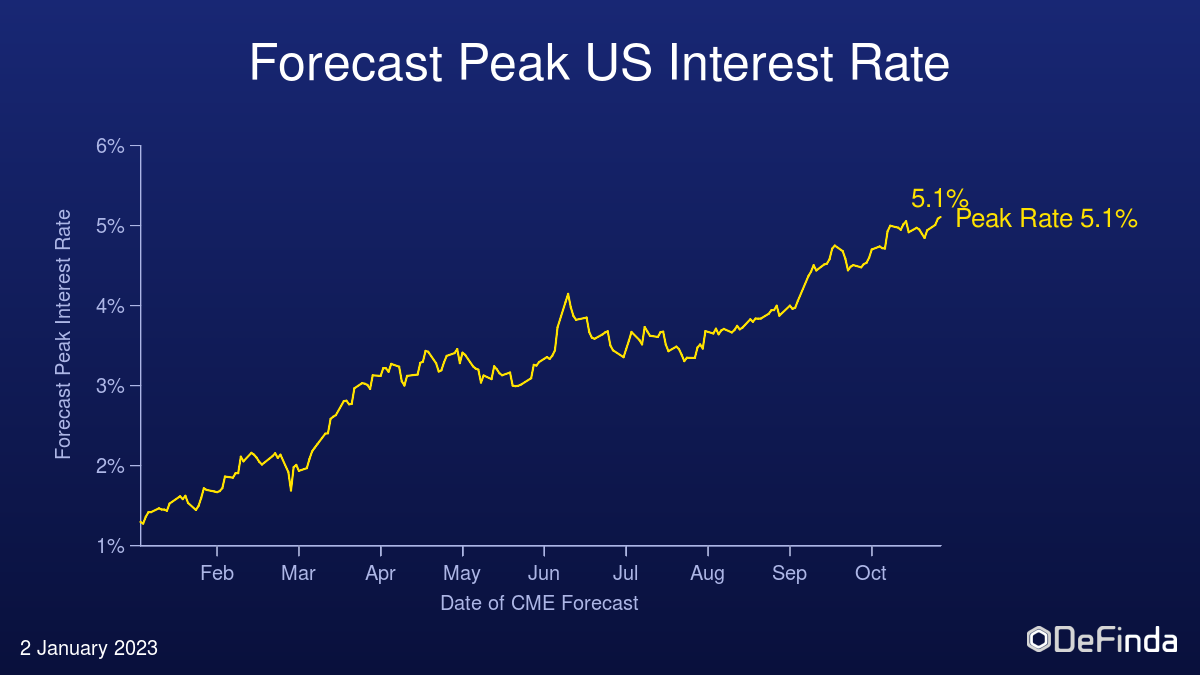 Meanwhile, the number of days until a FED pivot is forecast at 182 by the CME Group. That places the pivot at the end of June 2023. 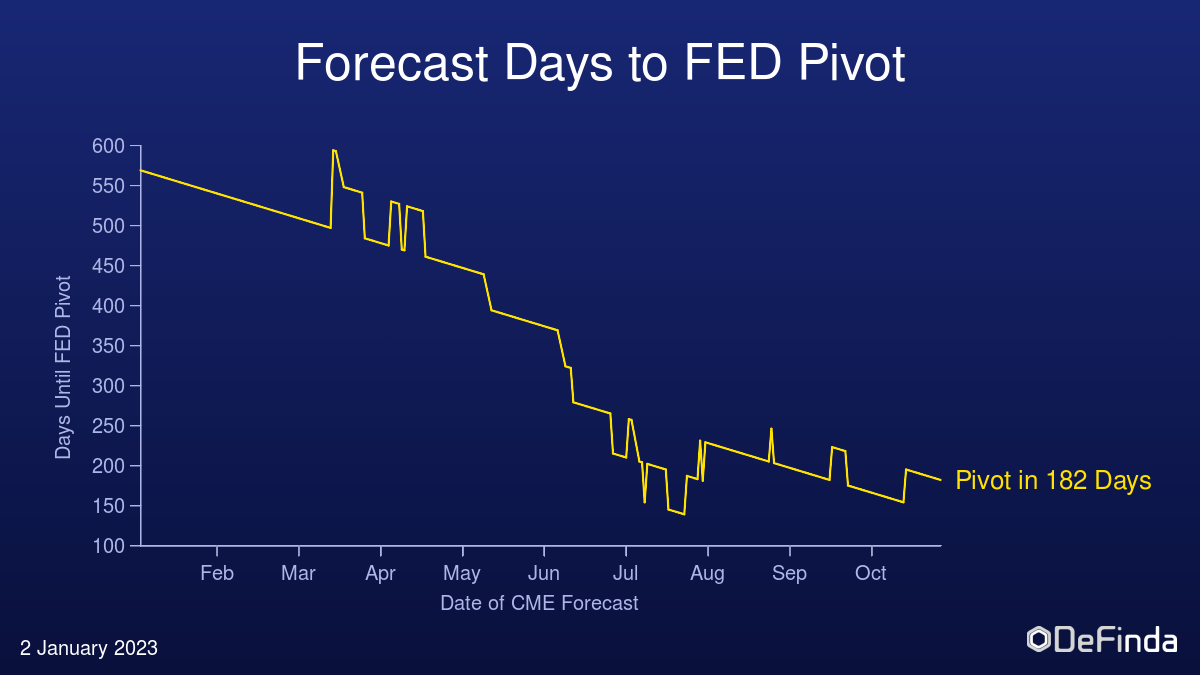 The FED has managed to continue to reduce the size of its balance sheet over the course of the month. It remains to be seen how much longer the FED can keep this up, given the enormous $1.7T spending package that has just been signed off by the US Government and that will require financing. 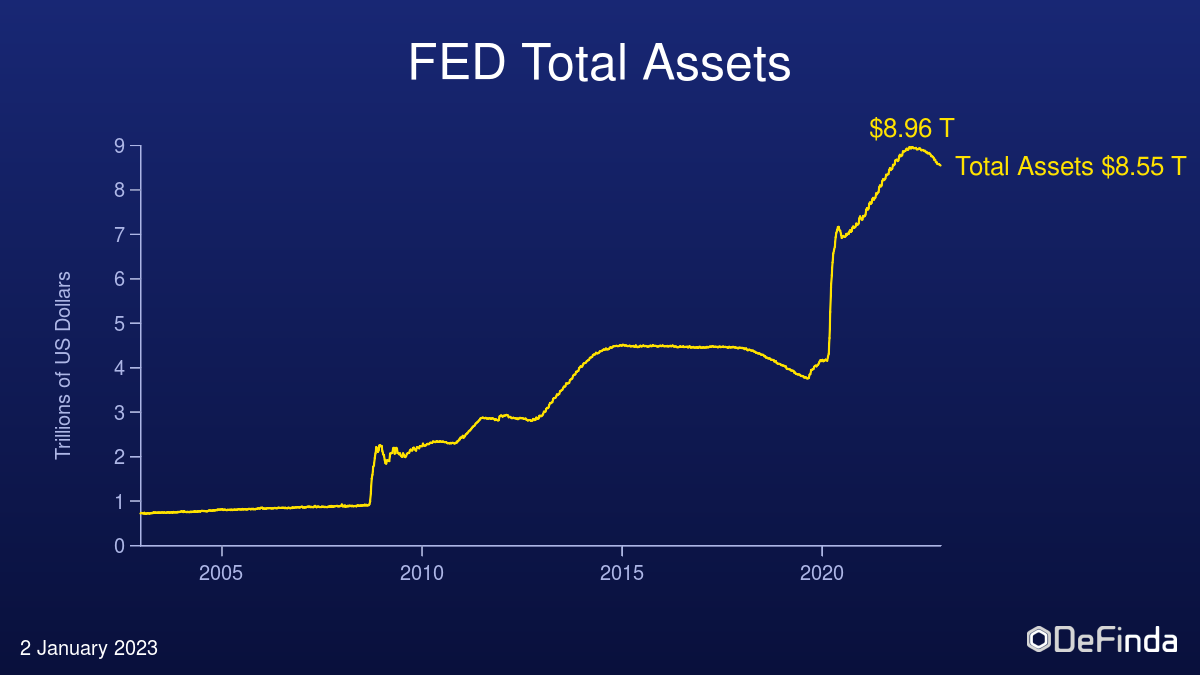 The dual mandate of the Federal Reserve to maintain price stability and to maximise employment means that the FED and speculators continue to watch the unemployment rate closely. Official US unemployment continues to remain low, but as we can see in previous cycles, the true damage of rate rises is only felt some months after the FED starts to ease off on rate increases.

So where does that leave Bitcoin and the crypto market? As things stand it seems that global interest rates will continue to head higher over the next 3 to 6 months before finally easing off. The US economy is likely already in recession as are many European economies. This will increase pressure on central banks to pivot and begin reducing interest rates.

When the central banks do eventually pivot, that is likely to be positive for crypto and other risk assets. Of course the market will attempt to anticipate this pivot and so we could expect the crypto market to start showing signs of recovery before the pivot actually happens.

Some confidence can also be taken from the sheer length of the current crypto bear market. This is extremely likely to the be longest crypto bear market of all time. Whilst the current total percentage drop from peak is less than previous bear markets, these previous drops were measured from massive blow-off tops in price in 2013 and 2017 before the decline began. The most recent peak price in 2021 was not nearly as dramatic as these historic peaks and so it is reasonable to imagine that the total drop in price will also be less dramatic.

Overall it looks like we are heading for sideways price action for the next 3 to 6 months, after which we will hopefully start to see some signs of price recovery.